Autism Spectrum Disorder is a complicated condition that can be difficult to understand.

There’s no single version of this condition. Instead, experts have created the autism spectrum, to help identify where certain children and adults fall regarding a selection of behaviors.

Autism spectrum disorder, or ASD is a broad term that describes a wide variety of neurodevelopmental disorders. These disorders can be verbal and non-verbal in nature. There are also both adults and children with autism that need different levels of support throughout their lives.

Anyone can be autistic, regardless of their race, background, or age. According to the Centers for Disease Control, or CDC, autism does occur slightly more often in boys than it does in girls, with a ratio of around 4 males for every one female.

Some people believe that examples of this developmental disorder are rising. Certain experts have begun to experiment with the idea of this being an environmental issue.

What Are the Types of Autism?

Persons with autism can have more than one specifiers that help to determine the nature of their condition. Before the latest version of DSM-5, people were often diagnosed either with autism diagnostic spectrum disorder, Asperger’s syndrome, or pervasive developmental disorder. Sometimes, a child with autism might have been diagnosed with childhood disintegrative disorder.

What are the Signs of Autism?

A successful introduction into autism spectrum therapies begins with early intervention. It’s impossible to see the signs of Asperger syndrome, high-functioning autism, and other symptoms as early as possible.

Usually, autism and Asperger’s become more obvious during childhood, between the ages of 12 and 14. This is why it’s sometimes referred to as a pervasive developmental disorder. In some cases, however, symptoms may appear earlier, or later. Early symptoms often include a delay in language or social development.

Someone diagnosed with autism might also have problems with facial expressions, and social skills. They might take part in a lot of repetitive movements, and rigidly adhere to certain behaviors. These people have very fixated interests. Individuals with autism or Asperger syndrome are evaluated with an autism test in each category.

Not all individuals with autism will show the same signs. The symptoms of autism can differ, including things like intellectual disability, problems with eye contact, and more. The autism society recommends being aware of the possible signs of autism and Asperger’s symptoms. 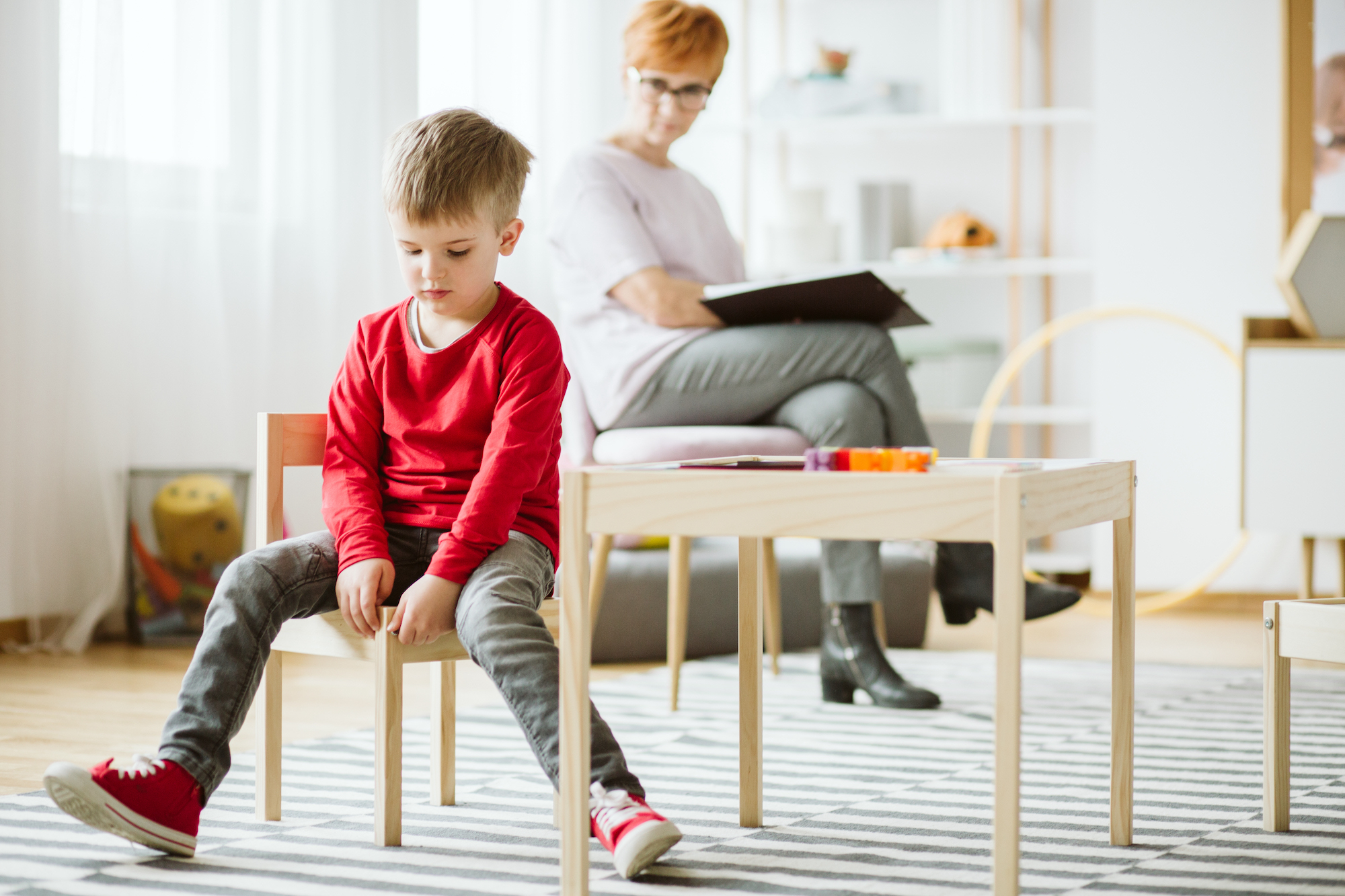 Evidence-based practices confirm that the MMR vaccine does not have an impact on a child’s development or lead to Asperger’s disorder and autism. The exact cause of Autism spectrum disorder is unknown. However, some risk factors might increase your chances of autism.

According to the NINDS, genetics and environmental factors can both play a role in the development of autism.

How do Doctors Diagnose People with Autism?

Diagnosing autistic children and adults with autism isn’t always easy. An autism spectrum disorder test will often require a lot of different screenings and evaluations. Doctors will look at everything from genetics to social interaction behaviors.

The AAP recommends all children should undergo screening for autism spectrum disorder when they’re between the ages of 18 and 24 months. Early intervention and autism awareness can help with treatment. The modified checklist available for autism in toddlers is commonly used for screening in pediatric offices. The screening isn’t a diagnosis, however.

Doctors may also recommend an autism diagnostic observation schedule with developmental questions, and occupational therapy screening. Visual and audio tests can also rule out issues associated with hearing and vision that might loo like autism.

Full diagnoses are often made by specialists, and it may take some time for your child to get a full diagnosis. However, it’s important to know exactly what kind of autism spectrum disorder you’re dealing with so you can access the right care.

How Do You Treat Autism Spectrum Disorder?

There isn’t a cure for autism in children or adults. However, there are treatment options that can help with various parts of the autism spectrum. Therapies can assist with alleviating symptoms. Many experts recommend speech therapy, physical therapy, occupational therapy, and behavioral therapy.

Massage, weighted blankets, and meditation techniques are also commonly available for people with autism. However, not everyone who uses these methods will see the same results. Alternative therapies are available too, such as melatonin treatments to address sleep problems, and high-dose vitamins. However, the research available on these treatments is mixed.

Before you pursue any treatment for the symptoms of autism disorder, it’s essential to get the right guidance from a medical professional.

Some experts even believe that diet can have an impact on autism spectrum disorder. Research into this concept is still ongoing. However, certain advocates recommend eating healthier foods to reduce behavioral issues. Often, experts recommend staying away from artificial additives and sugars.

Some advocates also believe that it’s important to stay away from gluten in your diet. These people say that gluten leads to inflammation in people with autism disorder. However, the research available on this idea is inconclusive.

The best option for treatment will always involve speaking to a doctor.